Summer has come around so quickly and I’m so excited for all the things I have planned and at the same time I really want to complete as many of my Summer Goals as possible. Basically, as I have the next 6 weeks off I thought I’d post twice a week instead of once (Tuesday and Saturday).

Anyways, getting onto the topic at hand, I went camping last Friday. I didn’t travel very far as it was only in my back garden but still, its a stepping stone for me as I never thought I’d sleep in a tent (trust me, I very nearly didn’t.) So I wanted to do a blog post about my night because it was very eventful. 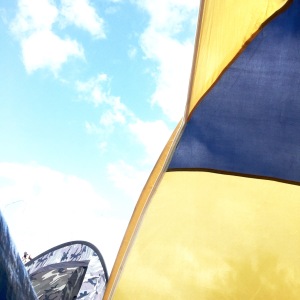 On Friday, 9 of my friends came round to sleep. We started by setting up our tents, which isn’t as easy as I thought it was going to be. And to be fair I don’t think my tent needed to be put up, it wasn’t waterproof and it was the smallest tent I’ve ever seen. (Future Sophie: CHECK THE DAMN TENT!) However, my friend who had the unfortunate luck of sharing with me didn’t seem to mind all that much.

My friend brought face paints around as it was supposed to be ‘festival themed’. However, when we’re all lazy nothing happened and we just ended up with tents in a garden and lights. Although we did end up with some artistic look on our faces. 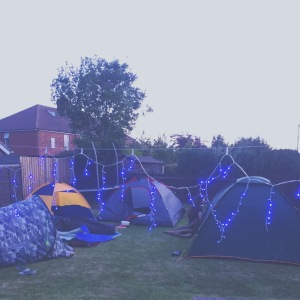 We decided to put fairy lights up because a) they look pretty and b) we really needed to see when it got dark. We pretty much just chilled out for the night, eating, talking, playing music, (not too loudly, I am a good neighbour you know.) The sunset was so pretty, even living in a town like mine we managed to appreciate it. The photo above doesn’t really present us at our most sociable hour. Let me explain, if you can see the orange tent (how can you miss it?) and then the sleeping bag sticking out of it…yeah, that’s me, didn’t really want to be in the photo so kind of felt like a caterpillar in a cocoon, moving on…

This night really brought me close to one of my friends in particular. When you have to be as close as we were in that tent, its physically impossible not to have gained some real friendship during that period. The best thing about Friday is that it was laid back, it finally felt like summer and the air was at the temperature where its so refreshing.

Having said that, the temperature did drop, not hypothermia cold but pretty close. So my friend and I resorted to moving around the garden in our sleeping bags. Difficult? Yes. Dangerous? Quite Possibly. Fun? Definitely. The end of the night, was probably my favourite part, four of us jumped through my garden in our sleeping bags and onto my trampoline. We snuggled up, until we were warm (although, being in the middle I was pretty much instantly warm). And we star gazed. Yes. That was the best part of the night. The sky was beautiful, we had deep conversations and we bonded. This sounds so cringe, but when you have one of those moments that you’re just going to remember for the rest of your life, that was one of them. It was the best start to the summer, which only makes me hopeful for the rest to continue…

I don’t really do any added extras at the end of my posts like this one. However, since I have a jam packed summer, there’s some things worth mentioning but not to have a full post all to its own on. Basically, today I got my second ear piercing done. I have wanted it done for ages, however, its one of those things you like the look of but never think you’ll get because you don’t think it’ll suit you etc. But I love my new purchase and so happy that I got it done, (its so unlike me to do this type of thing). My point is if you’re anything like me, just do it. If its getting a tattoo, buying a designer bag, or even trying a different sport. Do it, forget about the if’s, but’s and when’s. 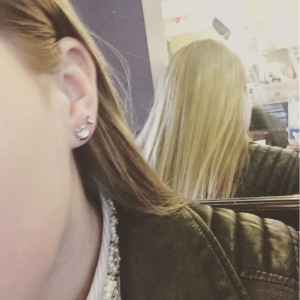 Hope you enjoyed this post, I really enjoy doing posts about what I’ve been up to. I’d just like to apologise in advance if you see any photos again in Saturdays post because its on the same topic and I didn’t get to take as many photos as I would have like to for my blog on Friday as I was with friends. Enjoy anyways, like, comment, catch me on twitter: @sophi15samantha. 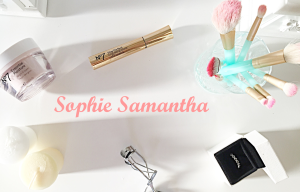