If you don’t know Alton Towers is a Theme Park in England. On Friday, with my School, I spent a day there and trust me the 3 hours on the coach there and back was worth it.

There’s no real structure to this post, I just wanted to share the little pictures I took, whilst telling you about some of the rides and explaining some of my DO’s & DON’TS. 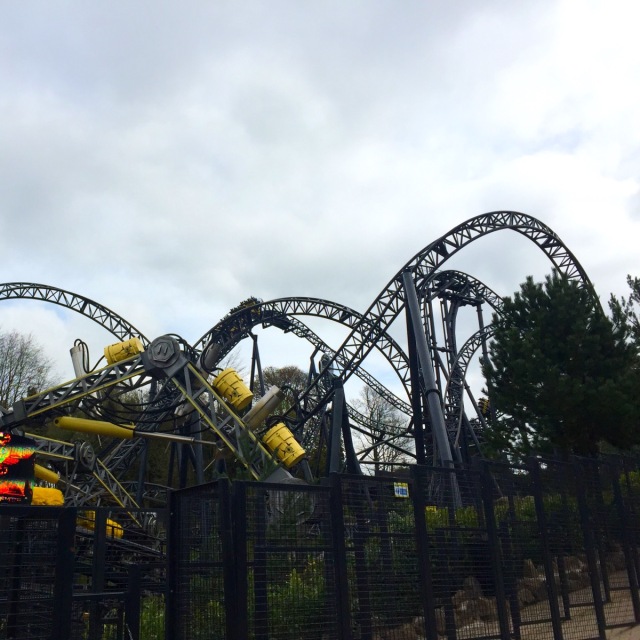 So if you don’t live in the U.K, you may be unaware that in June 2015, this ride, the Smiler,  closed down as it crashed and severely injured riders. I have complete respect for all of those riders that day, its unimaginable what they had to endure.

However, currently, the ride is open, and I wasn’t planning on going on. But once I had started going on others, I knew I had to give this one a go. It is a good ride, I went on 3 times and according to Alton Towers website it is ‘the world’s first 14 loop rollercoaster’. 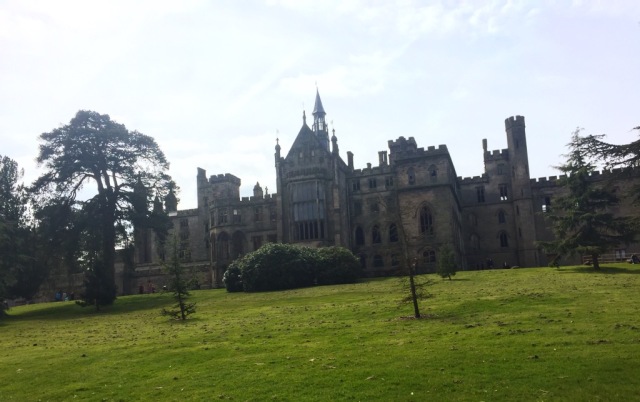 Alton Towers has some beautiful land, that I obviously had to include in this post.

DO: Be aware of queues. So if you know of a ride your desperate to go on, get there as soon as possible. Having said that, if the queue does last a while, there will be someone telling you the amount of time to wait, or it may be on a screen. And it’s usually not as long as you predict it to be. 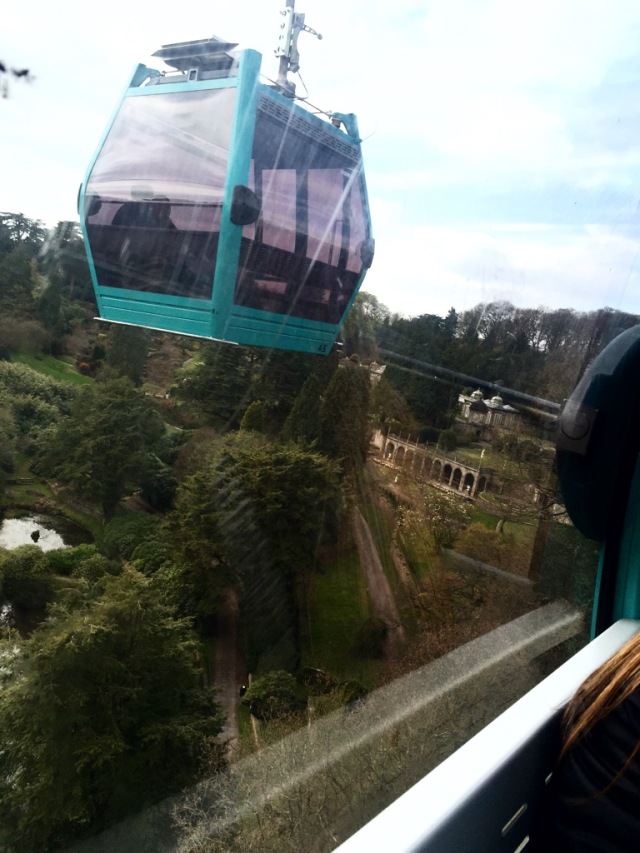 Due to the size of the park you had to travel on ‘Skyrides‘ to different areas. This meant I got to witness some picturesque views of the gardens. We rode this numerous times in the day. On one occasion it did stop in the middle and obviously we were just like: “WHAT’S GOING ON?!” But it was all fine, they had to stop because someone had thrown up in one of the gondola’s, is that the right word for one? If not feel free to correct me.

One ride I was dreading going on was Oblivion. I mean it was the worlds first vertical drop, who wouldn’t be scared? To be fair getting on the ride wasn’t too bad because I still had that adrenaline rush from other rides. I’d go on it again, I just couldn’t in one day. It literally took my breath away, and then to get sprayed with water at the bottom, wasn’t the best feeling. According to my best friend though, it happened to her too on the first time you just go on it again and its fine. To the woman who sat next to me on the ride, I’d like to thank, she seemed to be dreading it as much as me… 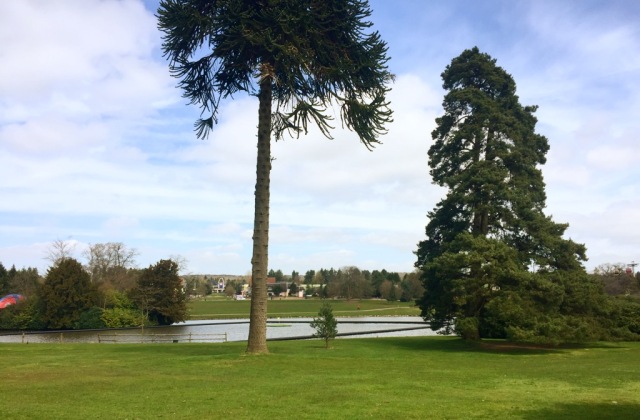 DO: Wear comfortable clothing/shoes. If you’re trapped in a ride you don’t want to have that along with uncomfortable clothes digging into you. And comfortable shoes! You do have to do quite a bit of walking, well in Alton Towers we found this. But still walking to and from rides, waiting for rides, etc, you want your feet to not hurt as soon.

DON’T: Let the themes of the rides freak you out. This is a weird one. For example, on the Smiler, when waiting, there was a really annoying song playing. I understand its part of the ride itself and the effect of it all, but it could really freak some people out. Another one was the Nemesis, they had a sign saying it was the most intense ride. However, it turned out being one of my favourites. If I’d let the sign bother me I probably wouldn’t have got on. 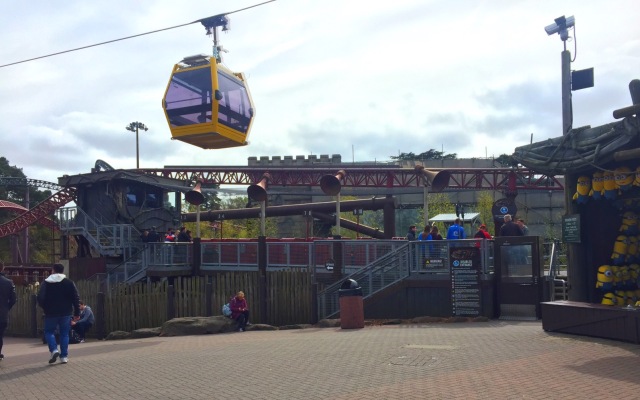 This picture is of the ride Rita. THIS GOES SO FAST. It is just your average rollercoaster, it was still amazing. But because of the speed I did end up hitting my head, shoulder and any other body parts that suffered a day later. It does warn you to brace yourself, but how exactly do you do that?

Another favourite of mine was Thi3teen. Its the worlds first free fall rollercoaster. How crazy is that? It does make your stomach flip as it does drop twice. Although, I love it, its amazing! Especially when you go backwards, its just a totally unique ride. I do realise if you haven’t been on this ride, I am just giving away plenty of spoilers so I do apologise. 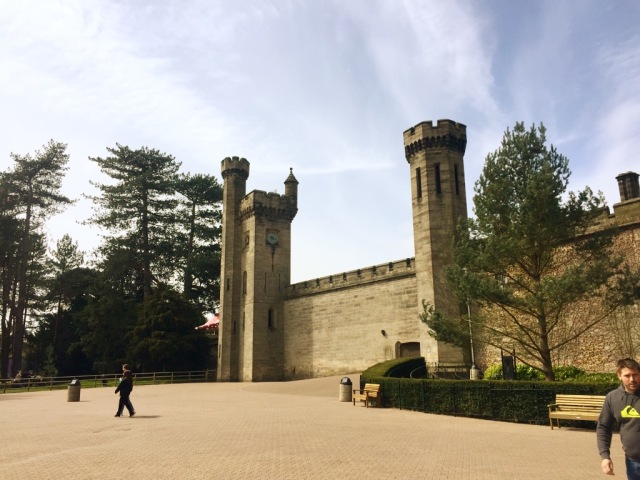 DO: Be prepared for the aftermath. Maybe its just me but the night I got back from spending the day at a Theme Park, I still felt like I was on the rides. I tried googling how to stop the feeling but there wasn’t any results. I think its just called motion sickness??

DON’T: Eat too much. I think because you’re there you don’t feel that hungry to begin with. Obviously, don’t go round on an empty stomach. But twice in one day, rides got stopped, that I was on, because people were throwing up their lunches. 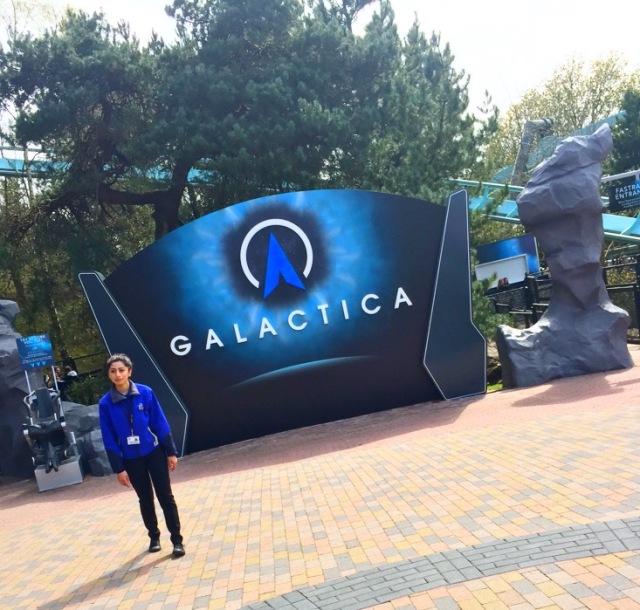 This is like the future of rollercoasters. Galactica is a refurbishment from an older ride, Air, but what an amazing upgrade. On this ride, you’re already in a ‘flying-like’ position which is cool. To top it off you’re wearing Virtual Reality Goggles, so you think you’re in space. There’s no words for my astonishment for this ride, its just astounding. Not going to lie, the quality of the video could be better, and I think that’s what gave me a headache. But that wouldn’t make me not want to recommend it as much as I am.

The last ride I want to rave about is Nemesis. It pleasantly surprised me, so much so I would say its a definite favourite of mine. It’s difficult to describe what I enjoyed so much, but just the experience of it all was breath taking.

DO: Ride your favourite more than once. Obviously, no one is forcing you too. However, in one day you can go on numerous rides and I like to remember which ones were my favourite. So by going on them more than once, you can decipher whether or not its for you.

DON’T: Spend all your money. Food and drink are going to be a lot more expensive there, that’s not what I’m talking about though. Its them stands, where there’s the massive teddies, that all you have to do is spend £5 to throw a ball into a basket. They look deceivingly easy for you to try them! Don’t waste all your money on trying to win, when you might as well spend it on food (that’s the most important thing, right?), or if anything a picture of yourself and a friend on a ride.

Hope you enjoyed this long post. I wasn’t intending in typing up a post based on Alton Towers, but I decided I really wanted to document it. Anyways, comment if you’ve ever visited Alton Towers, if not do you enjoy Rollercoasters and where is your favourite Theme Park?