Summer reading seems like a distant memory now. I wish I could go back to one of my ‘reading days‘ in early July, where my only problem was choosing which book to read next. Since moving house, I have been (slowly) reading a crime book based in Sweden, so these books are ones I read before moving.

‘The One We Fell in Love with’ Paige Toon

‘Phoebe is caught between a rock and a hard place. Settle down and get married, or return to the French Alps to pursue her passion? Eliza is in love with someone who is no longer hers. In fact, he probably never was… And her dream of becoming a successful musician seems to be vanishing before her eyes. Rose is out of a job and out of a boyfriend. To make matters worse, she’s been forced to move back in with her mother…But these very different girls have one thing in common. Angus. The one they fell in love with…’

I thoroughly enjoyed reading this book and it was a lighter read compared to the crime storylines I usually get gripped with. However, there was one character (if you haven’t read the book I don’t want to give any spoilers away) that I almost wanted to see how they developed.  At the same time, if the events that occurred didn’t happen, it wouldn’t have the same effect. *Excuse my poor attempt at reviewing but also not wanting to reveal the plot* Overall, it was a good book and I thought it was such a lovely, heart-warming ending. 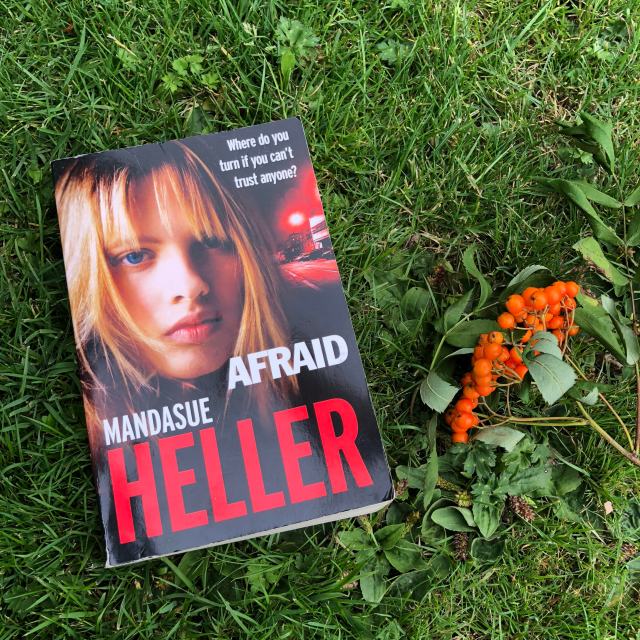 I was hesitated to read this book, but once I picked it up, I couldn’t put it down…

‘When fifteen-year-old Skye’s mother finally does something so shocking that it can’t be hushed up, the police turn Skye over to the social workers – and that’s when the nightmare begins. No one will let her talk to her father. And the woman who is supposed to be helping her dumps her in a terrifying ‘home’ that’s more like a jail. But she still has one friend to turn to: the sympathetic girl she’s met in an internet chat room, the one who seems to have a home life as unhappy as Skye’s. So when Jade offers Skye – now alone in Manchester and nearly penniless – a safe place to stay, Skye is willing to trust her. Even when it isn’t Jade who turns up at the rendezvous, but a grown-up man who says he’s Jade’s brother…’

With this book, my Mum had actually got round to reading it first and her thoughts on it was that it was a very unnerving, scary book. The type of book you just have to keep putting it down, otherwise you literally won’t sleep at night, As you can imagine that review had me very hesitant to pick the book up at all. But then this was back in Summer, where I just so happened to be reading any book I could get my hands on. Anyways, when I did read it, I couldn’t agree with my Mum more, it was a very uncomfortable book. I think why this affected me so much is because it dawned on me that these kinds of horrific, disturbed people are real. On that cheery note, I think if you do happen to read this book, it is eye opening and you spend the entirety praying that Skye gets through it.

Reading is something I want to put more attention to again, so hopefully another book club post isn’t too far away from being uploaded.